For generations, adults have accepted that growing up means putting aside picture books, a seeming necessity tweaked in Lewis Carroll’s paean to childhood, Alice’s Adventures in Wonderland: “‘What is the use of a book,’ thought Alice, ‘without pictures or conversations?’” Good question.

This rule has fallen by the wayside in recent years, however, most notably with the broadening of the comic book and graphic novel market to encompass an adult literary readership. Comic artists such as Art Spiegelman and Alison Bechdel have made blending narrative with art a critically accepted mode of storytelling and helped make comic books a mainstream form of adult reading.

But while graphic novels and comic books make up their own rich genre, what about novels, like Carroll’s own Wonderland, that don’t fall into the cartoon category but do combine image and prose to tell a story? Novels like this, that are illustrated with art or photographs, have experienced their own wave of critical acceptance and popularity in recent years. Some of the most innovative books of the past decade or two have woven in visual elements in daring ways that both liven their pages and add complexity to their narratives.

Here are seven brilliant books with pictures every adult should read: 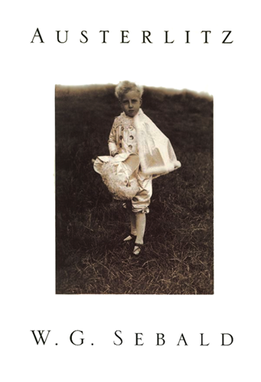 Austerlitz by W. G. Sebald
Though Sebald wasn’t the first to adorn the pages of his literary fiction with images, his use of photographs in his novels had an unprecedented influence on the genre. In a Guardian article noting a surge in the use of images in literary novels, Stuart Evers quoted a friend suggesting that “Sebald has a lot to answer for.” In his final masterpiece, Sebald weaves together old, found photographs with his prose narrative, using them to illustrate the events as related by the central figure, Jacqes Austerlitz. Though this may seem to provide a more concrete image of his self-history, a winding, circuitous trip through his memories, it also intensifies the dreamlike confusion between reality and fiction that distinguishes Sebald’s fiction. We know some of the photos, at least, purport to depict fictional characters — so who are they really? As James Wood put it in his introduction to the 10th anniversary edition: “Sebald’s photographs of humans can be said to be fictional twice over: they are photographs of invented characters; and they are often photographs of actual people who … are now lost to history.” Wild. Extremely Loud and Incredibly Close by Jonathan Safran Foer
After the breakout success of Safran Foer’s debut, Everything Is Illuminated, a tragicomic tour of his family’s homeland inflected with magical realism, Safran Foer colored even more outside the lines in his followup. His sophomore attempt, the story of a young boy whose father died in the World Trade Center attacks on September 11, is supplemented with photographs and other graphic interludes, such as several pages covered in colorful hand-scrawled words and intermittent reproductions of business cards. The book rather famously ends with a reversed series of photographs of a man falling from the World Trade Center, the reversal giving the appearance that he’s instead rising out of sight. Sometimes the imagery seems redundant or heavy-handed, but at other times, as in the final images, they resonate with the young narrator’s grief-stricken words in a way that forces down our defenses. 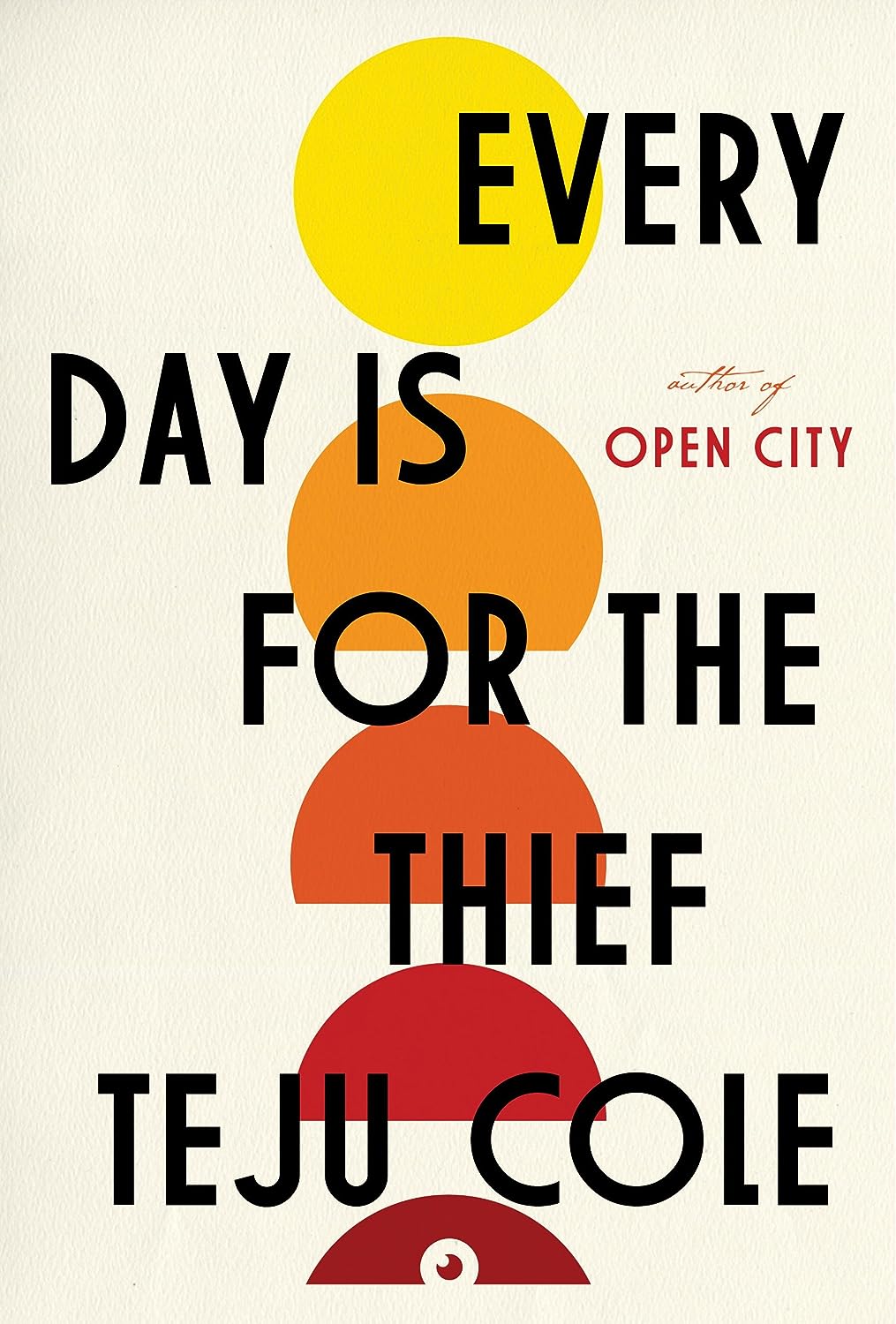 Every Day Is for the Thief by Teju Cole
While Sebald famously used “found” photographs, Cole’s novel-from-life features his own photography. The snapshots of Lagos punctuate his narrative, a flaneur’s perspective of the Nigerian city, reminding us that while Cole insists that his book is fiction, the author really did walk the streets walked by his narrator and make the observations made by his narrator. The photographs further blur the line between nonfiction and novel, making us pause to question how faithful to Cole’s experience this supposed fiction truly is. Given the almost journalistic coolness of the narrator and the lack of a traditional story arc, the candid snapshots seem of a piece with the reportorial tone of the book. Adding tangible immediacy to his prose, the photos allow a further immersion in the world of Lagos that Cole so precisely observes. 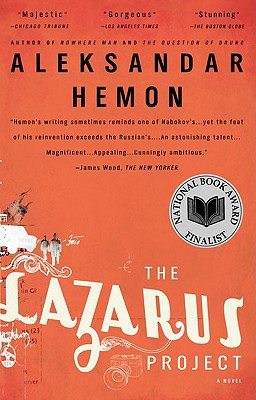 The Lazarus Project by Aleksandar Hemon
In this widely hailed novel, Hemon explores the parallel tales of an Eastern European immigrant and supposed anarchist who was murdered in Chicago in 1908 and a contemporary journalist who becomes obsessed with uncovering the “anarchist”’s true story. Hemon employs photographs in a standardized, calculating manner; each chapter is prefaced with a small black-and-white photo set into a black page. Rather than illustrating or directly playing against the text opposite, they are often more general illustrations for the upcoming chapter, a sort of visual primer for the narrative to follow. One depicts Lazarus Averbuch, the young man whose tragic history will be delved into. Another chapter opens with a snapshot of a dog sitting patiently on cobblestones. The reason for this choice is initially unclear, but the image of a dog recurs throughout the ensuing pages. By using photographs at regular intervals throughout, Hemon subtly conveys the shifting mood and direction of his novel. 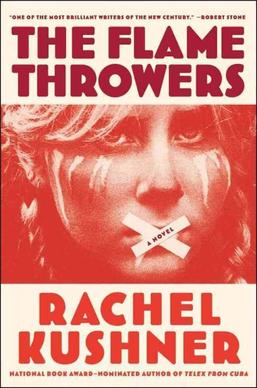 The Flamethrowers by Rachel Kushner
Kushner’s sharp, electrifying novel uses images sparingly, but effectively. Though only a few found their way into the pages of the book, Kushner noted, “It was with images that I began The Flamethrowers.” The photographs she does employ evoke the tension between her narrator’s thirst for artistic recognition and her continuing relegation to a mere sexual object. The woman, known only as Reno, is a motorcyclist and visual artist, but her ambitions are endlessly thwarted and subordinated to those of her artist boyfriends, who treat her more as a pretty face than an intellectual equal. Depersonalized photographs of women — a photograph of a generic girl, used as a color standard for films; a woman’s reflection in her compact — emphasize the visibility of Reno’s nameless face, as opposed to her actual name and her art. Later photographs capture the riots and upheaval of the 1970s, during which the novel is set. The masculine gaze fights, throughout, to overshadow Reno’s female voice in the narrative.

Important Artifacts and Personal Property From the Collection of Lenore Doolan and Harold Morris, Including Books, Street Fashion, and Jewelry by Leanne Shapton
Shapton’s book can the most accurately be described as a “picture book” — photographs cover the pages and dominate the text captions. Important Artifacts takes the form of an auction catalog, but rather than a typical collection of valuable objects, the auctioned materials represent the remnants of a failed relationship. The prose has the impersonal, facts-only tone of advertising copy, but juxtaposed with the achingly personal snapshots and photographed paraphernalia of a shared life, the words take on a poignant meaning. Shapton’s book reminds us that our stories can be told just as meaningfully through mundane objects and discarded snapshots as through carefully chosen words.

Night Film by Marisha Pessl
As the title hints, film’s influence can be felt throughout the pages of Pessl’s inventive thriller, which centers around the apparent suicide of the daughter of a famed, but reclusive, movie director. Pessl is an adept prose stylist, but doesn’t shy away from using visual tricks to jazz up the pages of her narrative. Invented Internet pages appear in their entirety, even to the browser frame surrounding the articles. Newspaper clippings and magazine articles likewise appear fully, rather than in mere text excerpts, giving us the impression that we aren’t just reading the story of an investigation, but immersed in it ourselves, following the protagonist down the rabbit hole in search of the truth. Pessl doesn’t just describe the world of her mystery, she makes it visible, and the combined power of her words and images is haunting.
Posted in Adult, Reading Lists and tagged picture books, picture books for adults.