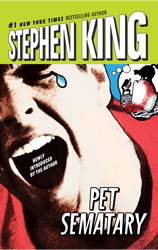 This is probably the most frightening novel Stephen King has ever written. When the Creeds move into a beautiful old house in rural Maine, it all seems too good to be true: physician father, beautiful wife, charming little daughter, adorable infant son and now an idyllic home. As a family, they’ve got it all…right down to the friendly cat. But the nearby woods hide a blood-chilling truth, more terrifying than death itself, and hideously more powerful.The Creeds are going to learn that sometimes dead is better. 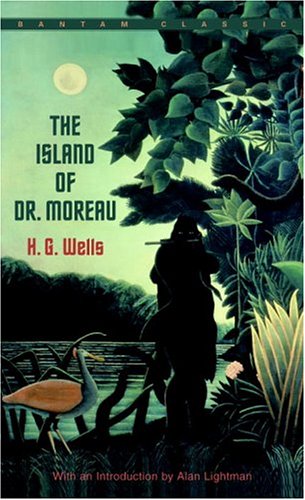 2The Island of Doctor Moreau
by H. G. Wells

In The Island of Dr. Moreau a shipwrecked gentleman named Edward Prendick, stranded on a Pacific island lorded over by the notorious Dr. Moreau, confronts dark secrets, strange creatures, and a reason to run for his life.

3The Cask of Amontillado
by Edgar Allan Poe

Revenge turns deadly when the narrator, Montressor, buries his friend, Fortunato, alive as the result of a perceived insult. “The Cask of Amontillado” is remarkably chilling as it conveys murder from the perpetrator’s perspective. 4The Strange Case of Dr. Jekyll and Mr. Hyde
by Robert Louis Stevenson

Idealistic young scientist Henry Jekyll struggles to unlock the secrets of the soul. Testing chemicals in his lab, he drinks a mixture he hopes will isolate—and eliminate—human evil. Instead it unleashes the dark forces within him, transforming him into the hideous and murderous Mr. Hyde.

5The Turn of the Screw
by Henry James

One of literature’s most gripping ghost stories depicts the sinister transformation of 2 innocent children into flagrant liars and hypocrites. Elegantly told tale of unspoken horror and psychological terror creates what few stories in literature have been able to do — a complete feeling of dread and uncertainty. 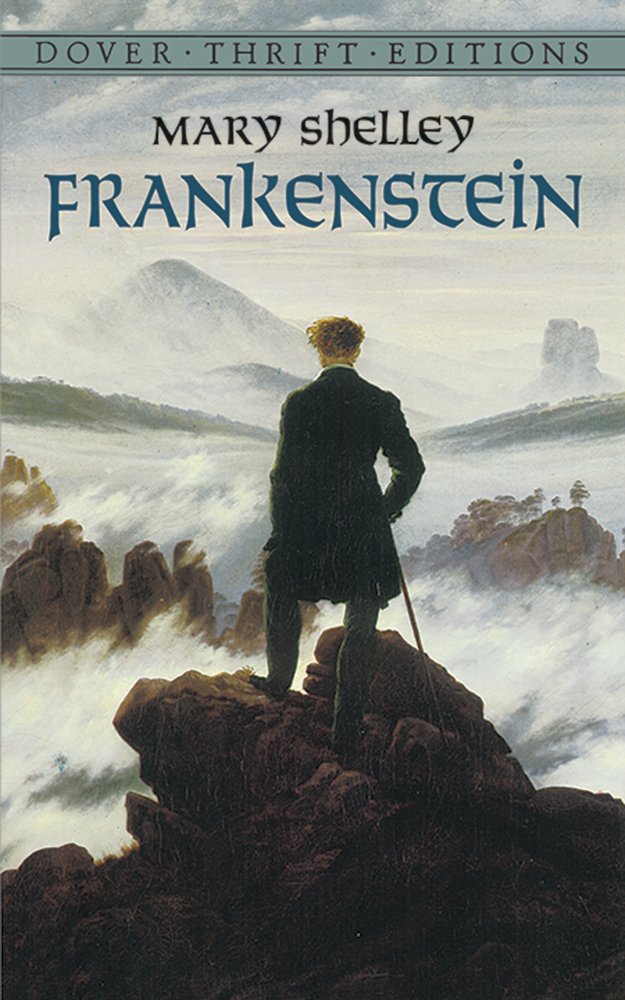 Written in 1816 when she was only nineteen, Mary Shelley’s novel of “The Modern Prometheus” chillingly dramatized the dangerous potential of life begotten upon a laboratory table. A frightening creation myth for our own time, Frankenstein remains one of the greatest horror stories ever written and is an undisputed classic of its kind.

7The Exorcist
by William Peter Blatty

A desperate mother and two priests fight to free the soul of a little girl from a powerful supernatural entity of sheerest malevolence and evil. An extraordinary classic work of faith and of dark paranormal suspense that is widely considered the most terrifying novel ever written, Blatty’s masterpiece of unrelenting chills was the basis for the acclaimed Academy Award-nominated motion picture directed by William Friedkin and starring Ellen Burstyn, Jason Miller and Max Von Sydow.

8Something Wicked This Way Comes
by Ray Bradbury

The show is about to begin.The carnival rolls in sometime after midnight, ushering in Halloween a week early. The shrill siren song of a calliope beckons to all with a seductive promise of dreams and youth regained. In this season of dying, Cooger & Dark’s Pandemonium Shadow Show has come to Green Town, Illinois, to destroy every life touched by its strange and sinister mystery. And two boys will discover the secret of its smoke, mazes, and mirrors; two friends who will soon know all too well the heavy cost of wishes. . .and the stuff of nightmare.

9Silence of the Lambs
by Thomas Harris

As part of the search for a serial murderer nicknames “Buffalo Bill,” FBI trainee Clarice Starling is given an assignment. She must visit a man confined to a high-security facility for the criminally insane and interview him. That man, Dr. Hannibal Lecter, is a former psychiatrist with unusual tastes and an intense curiosity about the darker corners of the mind. Can You Hear The Lambs, Clarice?

Rolf Rudolph Deutsch is going die. But when Deutsch, a wealthy magazine and newpaper publisher, starts thinking seriously about his impending death, he offers to pay a physicist and two mediums, one physical and one mental, $100,000 each to establish the facts of life after death. Dr. Lionel Barrett, the physicist, accompanied by the mediums, travel to the Belasco House in Maine, which has been abandoned and sealed since 1949 after a decade of drug addiction, alcoholism, and debauchery. For one night, Barrett and his colleagues investigate the Belasco House and learn exactly why the townfolks refer to it as the Hell House.

Rosemary Woodhouse and her struggling actor husband Guy move into an old New York City apartment building with an ominous reputation and mostly elderly residents. Neighbors Roman and Minnie Castavet soon come nosing around to welcome the Woodhouses to the building, and despite Rosemary’s reservations about their eccentricity and the weird noises that she keeps hearing, her husband takes a special shine to them. Shortly after Guy lands a plum Broadway role, Rosemary becomes pregnant, and the Castavets start taking a special interest in her welfare. As the sickened Rosemary becomes increasingly isolated, she begins to suspect that the Castavets’ circle is not what it seems…

During a business visit to Count Dracula’s castle in Transylvania, a young English solicitor finds himself at the center of a series of horrifying incidents. Jonathan Harker is attacked by three phantom women, observes the Count’s transformation from human to bat form, and discovers puncture wounds on his own neck that seem to have been made by teeth. Harker returns home upon his escape from Dracula’s grim fortress, but a friend’s strange malady — involving sleepwalking, inexplicable blood loss, and mysterious throat wounds — initiates a frantic vampire hunt.

A young family that moves into a small home on Ash Tree Lane where they discover something is terribly wrong: their house is bigger on the inside than it is on the outside. Of course, neither Pulitzer Prize-winning photojournalist Will Navidson nor his companion Karen Green was prepared to face the consequences of that impossibility, until the day their two little children wandered off and their voices eerily began to return another story — of creature darkness, of an ever-growing abyss behind a closet door, and of that unholy growl which soon enough would tear through their walls and consume all their dreams.